US based Teavana International has inked a 10 year franchise deal with the Alshaya Goup of companies.

US based Teavana International has inked a 10 year franchise deal with the Alshaya Goup of companies. Under this agreement, Alshaya will launch Teavana stores in the Middle Eastern countries such as Bahrain, Kuwait, Saudi Arabia, Qatar, United Arab Emirates, Egypt, Lebanon and Jordan. The brand’s first store is likely to open in fiscal 2012 in the region.
Teavana Holdings Inc. headquartered in Atlanta, United States was founded in 1997. It has recently raised $121 million in its IPO in late July this year. The company has 179 own stores which sell loose-leaf tea and tea-related merchandise. Alshaya, a leading retailer in the Middle East has several international retail brands in its brand portfolio. 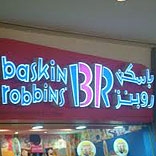 Baskin Robbins set to open 70 stores in Gulf
Most Shared