The fast casual restaurant concept from the UAE, Al Farooj has recently opened its new restaurant in Lebanon.

The fast casual restaurant concept from the UAE, Al Farooj has recently opened its new restaurant in Lebanon. Located in Al Beqaa, the new outlet will be the brand’s sixth location in the country. It is a part of Al Farooj’s ongoing expansion in the region. Besides, the new restaurant will offer the same level of quality and food options that are available in the brand’s other outlets. The company is also expecting further demand for more outlets in potential regions. Al Farooj currently has marked footprints in the Middle East via 36 outlets in countries like; the United Arab Emirates, Kuwait and Lebanon. The brand is also ready to launch in France in 2012.  It plans to open its first French location in the coming July. Al Farooj was founded in 2004. In 2007, Al Islami acquired an 80 per cent stake in the company. 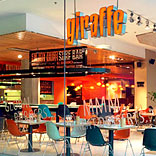