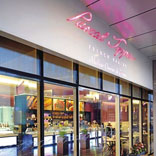 Pascal Tepper, a French dine-in bakery concept plans to open 20 outlets across the Middle East and South East Asia. The brand will be expanded by the brand’s partner Atlas Hospitality which has announced opening of new Pascal Tepper bakeries in 36 months across these regions. It plans to launch the new outlets through a mix of own as well as franchise model. With one Pascal Tepper bakery already operating in Dubai’s Media City, the company is looking to open two more own stores in Dubai and Abu Dhabi by the end of 2012. Further, Atlas is looking at markets including Saudi Arabia, Qatar, Bahrain, Kuwait, Lebanon, Thailand, Japan and South Korea to expand the brand’s footprints. In 2011, Pascal Tepper forayed into the UAE market. The brand is owned by Chef Pascal who was awarded the ‘Meilleur Ouvrier de France’ a lifetime achievement award acknowledging him as one of the finest bakers in France. Atlas Hospitality is a division of the Dubai-based asset development and management company Atlas Group. 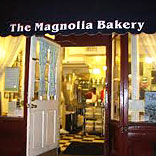