Nestlé Toll House Café by Chip, a premiere bakery and dessert bar has debuted in Kuwait via franchise route.

Nestlé Toll House Café by Chip, a premiere bakery and dessert bar has debuted in Kuwait via franchise route. The new restaurant to be located in Abu Al Hasaniya’s The Village will be launched by the Royal Food Services Company, the master developer for the brand. The Village cafe is scheduled to be opened on September 15 this year  followed by  another outlet in Kuwait in late December 2011. Recently, Royal Food Services has opened a café in Dubai and is planning to establish its presence in the region by opening a minimum of 48 cafes across Kuwait, UAE and Jordan.

Nestlé Toll House Café by Chip is a Texas (US) based chain founded in 2000. Currently, it has 96 locations in USA and four new international locations in the Middle East. 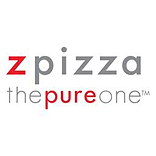