Pinkberry, a US based frozen yogurt brand has recently opened its maiden store in Lebanon at ABC Mall, Achrafieh.

Pinkberry, a US based frozen yogurt brand has recently opened its maiden store in Lebanon at ABC Mall, Achrafieh. The new outlet will offer a wide variety of non-fat frozen yogurt flavours like original, chocolate, passion fruit, pomegranate and coconut to its consumers. The first Pinkberry store was launched in the Gulf region in Kuwait in 2009 and later the brand’s outlets were also opened in the UAE, Bahrain, Qatar, Oman, Turkey, Russia and London. Now the brand is also mulling further expansion throughout the Middle East.

Pinkberry headquartered in California has large store network across South California and New York in USA and has a strong fan base among Hollywood stars.

CPK to ramp up presence in Middle East
Most Shared 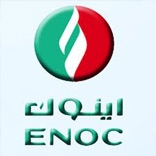 CPK to ramp up presence in Middle East