Alhokair Co, a Saudi-based retailer is seeking to expand in the Central Asian and East European markets.

Alhokair Co, a Saudi-based retailer is seeking to expand in the Central Asian and East European markets. The company has plans to open 400 new stores in the emerging markets such as Kazakhstan, Azerbaijan, Armenia, Belarus and Georgia. It boasts a strong track record with sales and profit continuing to grow in home market with more than doubling its net profit to 74.7 million Saudi riyals in the final quarter of 2011 over the same period in 2010.

Alhokair which also operates in Jordan, Egypt, Morocco and Kazakhstan is the biggest mid-range retailer in Saudi Arabia. Alhokair's franchisees include international brands such as Zara, Marks & Spencer's, Gap, Aldo, Monsoon, Accessorize and Topshop. Few months back, the firm announced plans to set up a joint venture with Burberry to market and sell the British luxury goods group's products. Alhokair has 75 franchisees in the Middle East and 1,300 stores operating across the world.

Saudi Arabia to get 19 F&F stores
Most Shared 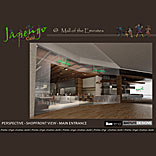 Saudi Arabia to get 19 F&F stores