Splash, a fashion house owned by UAE’s Landmark Group plans to grow its international presence.  The company is increasing its footprints in India and plans to open nearly 23 new stores in the metros and Tier-I cities in the next three years. Presently, Splash operates seven stores in the country in cities like New Delhi, Hyderabad, Bangalore, Chennai. The company plans to invest Rs100 crore or $18 million on Indian expansion that will take its total number of shops in India to 30 outlets. Previously, in May, Splash had disclosed that it was also planning foray into several markets in Africa via franchise agreements. The retailer, which sells a mixture of Western and its own fashion brands, has signed deals to open outlets in Libya and Kenya, as well as Sri Lanka. Splash’s studio in Dubai designs all its products, which are manufactured by facilities in different countries and distributed to markets worldwide. 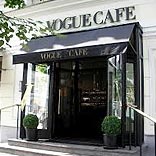